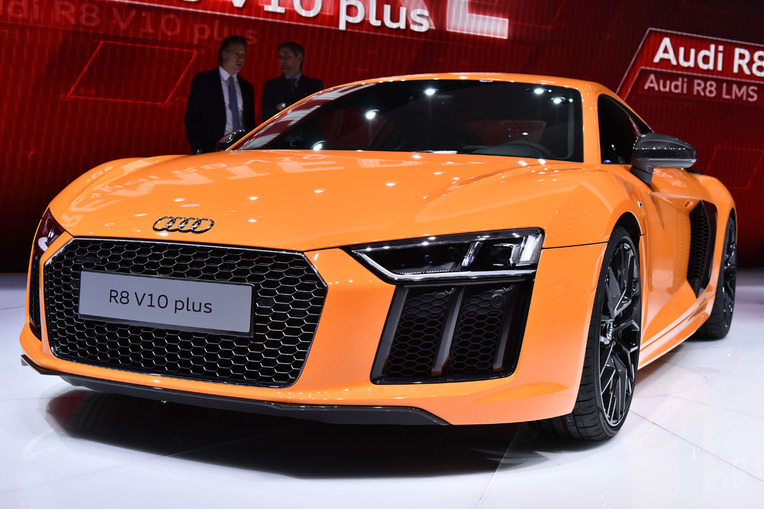 The 85th Geneva Motor Show has opened in the Palexpo exhibition centre (for the press, at least) and we’ve already seen some incredible cars from the world’s leading manufacturers.

In case you’re not familiar, The Geneva Motor Show showcases a wonderful mix of cars you could be driving this time next year and cars you could only drive in your wildest dreams (or if you happen to come across an awful lot of money).

Here are a few of our favourite cars so far. 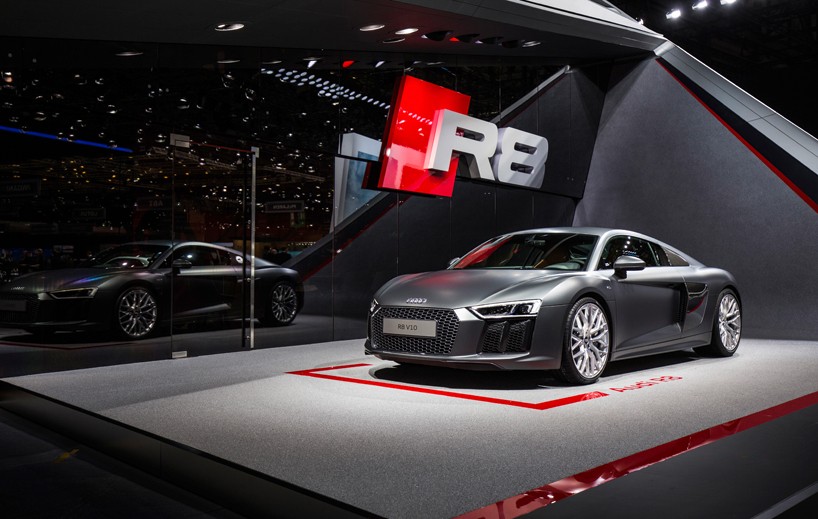 Audi isn’t the first name that comes to mind when it comes to supercars, but the German manufacturers could well steal the show with the second-generation R8.

While Audi are manufacturing a few different versions of the R8, it’s the 602bhp V10 Plus model that really caught our eye. Capable of 0-62mph in just 3.2 seconds and a top speed of 205mph, it packs some serious power.

Aesthetically, the new R8 is more about evolution than revolution. It maintains many of its predecessor’s characteristics, but with a few important improvements – including a brand new aluminium/carbon fibre chassis that weighs 50kg less than the previous R8.

The new R8 will ship to the UK in late 2015, with prices starting from around £119,500 for the base model. Perhaps one to consider buying on a lease deal … 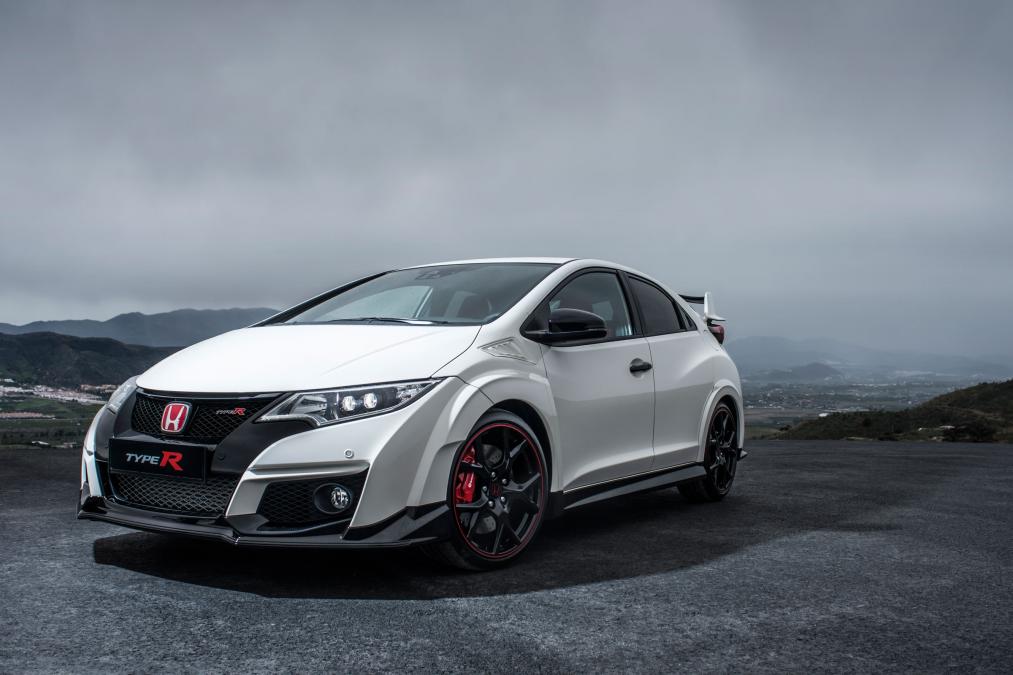 Forget about Bentley and Mercedes Benz; the most remarkable car to come out of Geneva so far is a Honda Civic.

The Type-R isn’t your typical hatchback, though. With a top speed of 167mph and 306bhp, this is a supercharged version of the classic hot hatch we all know and love. It looks a lot sleeker than previous Civics too, combining the Civic’s hatchback roots with an almost supercar-like aesthetic.

The Type-R is the kind of car boy racers will do anything to get their hands on – and one their dads probably wouldn’t mind driving either! 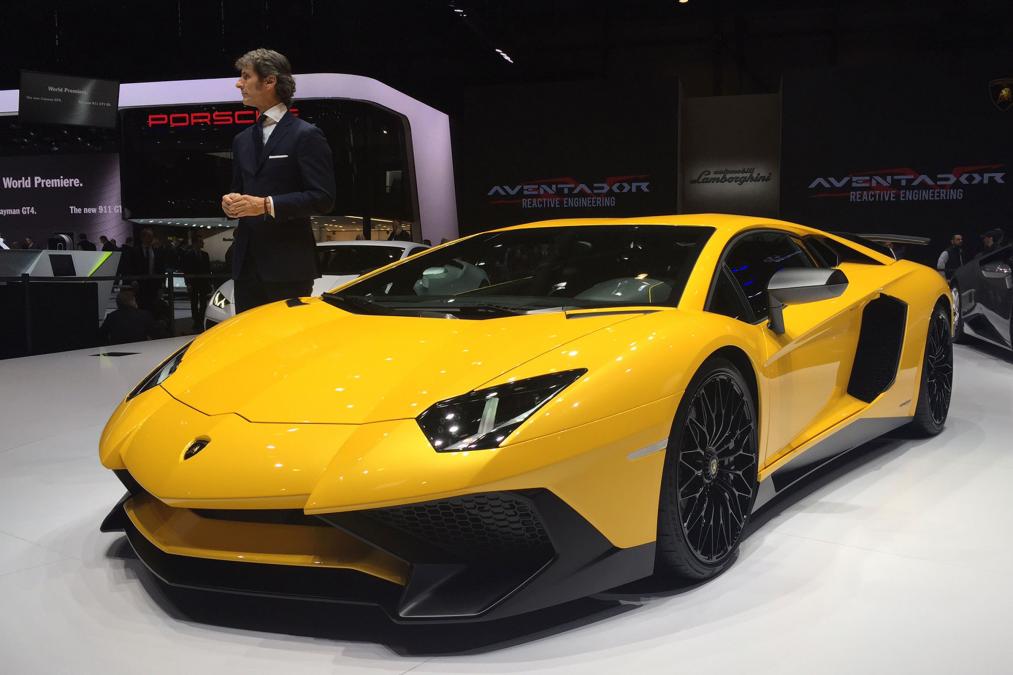 As well as making the Aventador SV faster than its predecessor, Lamborghini have made it lighter too – 50kg lighter, to be specific. This is thanks, in part, to Lamborghini’s new Carbon Skin, an ultra-light carbon fibre reinforced plastic material making its debut on the Aventador SV.

If you’ve got £1.8m to spare, we can’t think of a better way to spend it than the Aston Martin Vulcan. This track-only hypercar is simply out of this world, with the main feature being a  phenomenal 7.0-litre 800bhp V12 engine. It even looks like its from another planet, with an ultra-wide aerodynamic design built purely for speed.

Unfortunately, the Vulcan is likely to remain out of reach for most of us. Aston Martin are only making 24 of them, with those lucky enough to own one also receiving driving sessions with Aston Martin Racing’s Darren Turner. 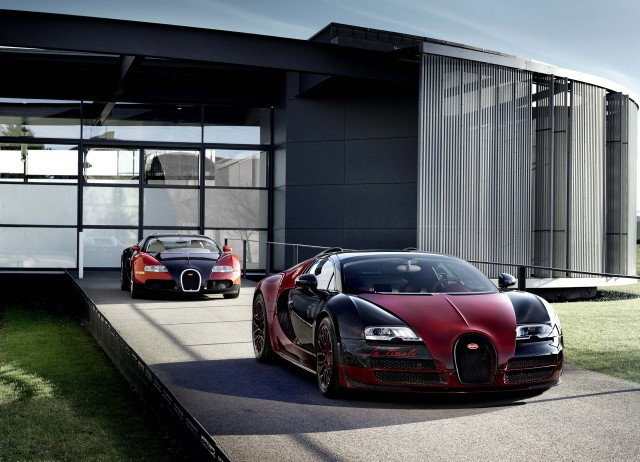 And finally, we say goodbye to a legend. La Finale is the 450th, and last, Veyron Bugatti has produced.

Performance-wise, La Finale is more or less the same as other Grand Sport models, although those figures are still impressive: an 8.0 litre W16 engine, 0-62 in 2.6 seconds and a top speed of 255mph.

The main differences, instead, lie in La Finale’s design. In a muted black-and-crimson, its an understated farewell to one of motoring’s most remarkable vehicles.

Check back again soon for more coverage of the amazing cars on display at the Geneva Motor Show, and let us know which vehicles have caught your eye on Facebook or Twitter.